Mobile4D is a student project at the University of Bremen. We are developing systems based on smartphone and web technology for countries in southeast asia.

The project started on October 26th, 2012 with the development of a disaster alerting-system, which can be used to send and receive information about natural disasters in Laos.

In case of natural disasters such as floods, droughts, or animal diseases, a fast and secure flow of information is essential to be able to cope with the situation. The Mobile4D project developed a disaster information and alerting system based on smartphone technology. This allows for real-time notifications of affected people and easy and barrier-free disaster reporting at local level as a crowdsourcing effort. We directly cooperate with the Ministry for Agriculture and Forestry (MAF) in Laos.

At first, the developed system was tested in Laos. But it will be possible to port it to any country, which demands such a system. In collaboration with MAF, we set up an application to process and share information about common disasters in Laos.

In a following cycle of the project a similar system was built for the use in Thailand. The same concepts that were developed previously to support disaster relief in Laos were re-tailored for the circumstances of Thailand.

Along with the previous mentioned app, another app focusing on Malaria Tracking was developed. Goal of the project is to provide a technical base for a study to understand the spread of Malaria at Thailands eastern regions located near the boarder shared with Myanmar.

In the most recent project cycle of 2019/2020 two new projects were started. One of them focuses on Malaria (Mosquito Sounds) the other one on Dengue fever (Dengue Diagnosis).

Dengue fever is a high feverish virus disease. Humans get infected with dengue when bitten by female mosquitos that carry the virus. Official ratings by the WHO estimate, there are between 50 and 100 Mio. diseases, 500.000 heavy progressions of diseases and a fatality of 22.000 cases each year. A nationwide treatment is arduous to accomplish. A vaccine is currently in its testing phase, but will be very expensive to use, like current laboratory tests for diagnosis are. Aided by an in Thailand developed Artificial Intelligence, our app will help to accelerate and decrease the cost of diagnosis. One day the app shall help health workers rural areas. We are cooperating with BIOPHICS, the faculty for tropical medicine, the Mahidol University and the Hospital for tropical diseases in Bangkok. By using the AI, that is embedded into our application, it may be possible to provide diagnostics with more accuracy then even physicians are able to.

Mosquito Sounds works on identifying mosquitoes by species, sex, and possible infection status with diseases such as Malaria or Dengue Fever, since locating and isolating areas with infected mosquitoes has the potential to greatly reduce the spreading of aforementioned diseases.

Mobile4D is carried out as a teaching project within the International Lab for Local Capacity Building (Capacity Lab). The Capacity Lab aims at reducing poverty in developing countries by researching into methods, algorithms and systems to support capacity building at a local level. Get more information on http://www.capacitylab.org.

The following people take part in the bachelor project of 2019/20:

The following people took part in the former bachelor's and master's projects:

The following gives a brief overview of the projects of mobile4D as of 2020: 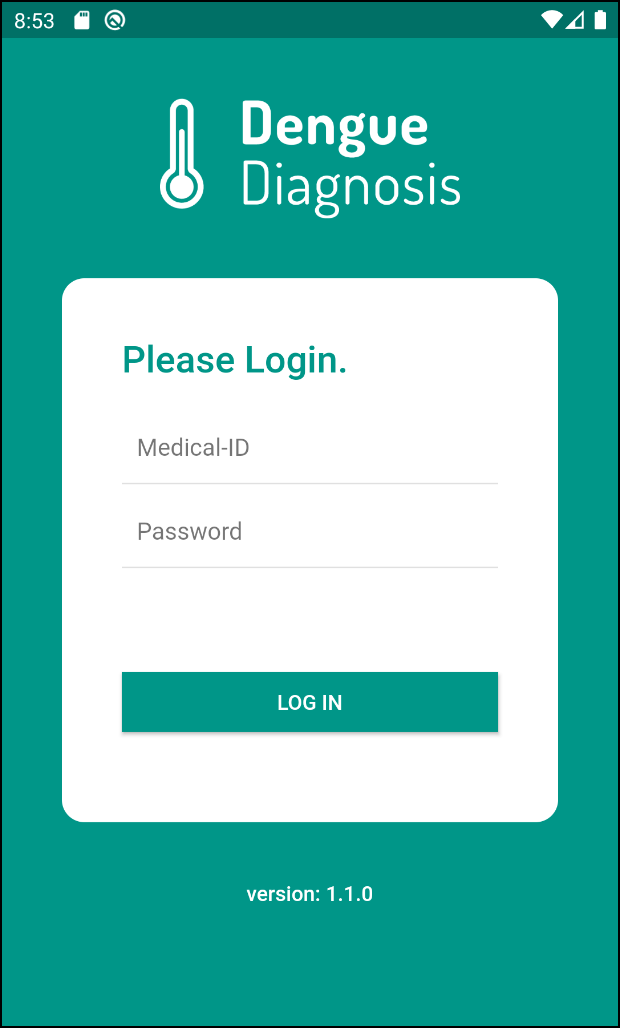 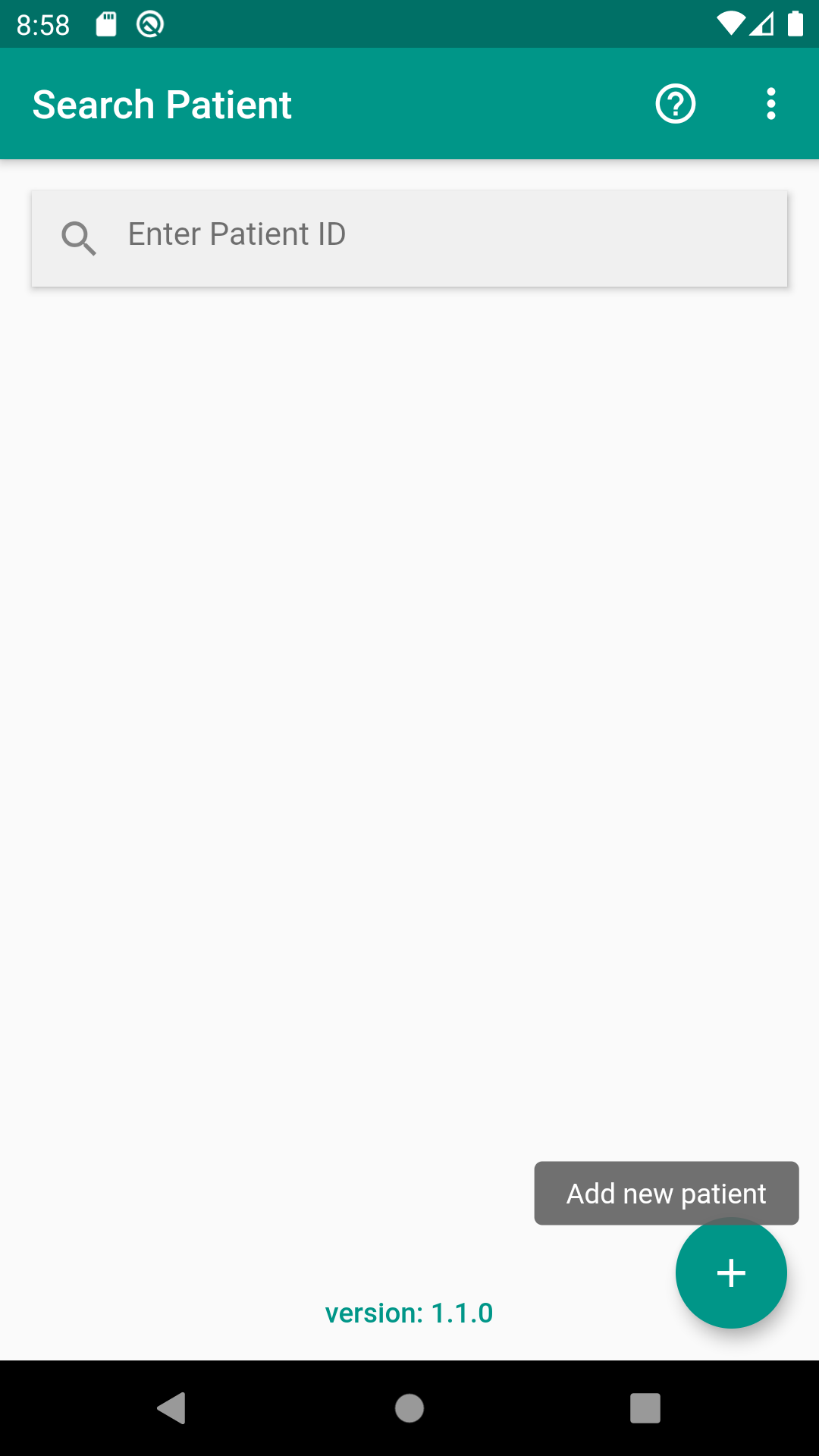 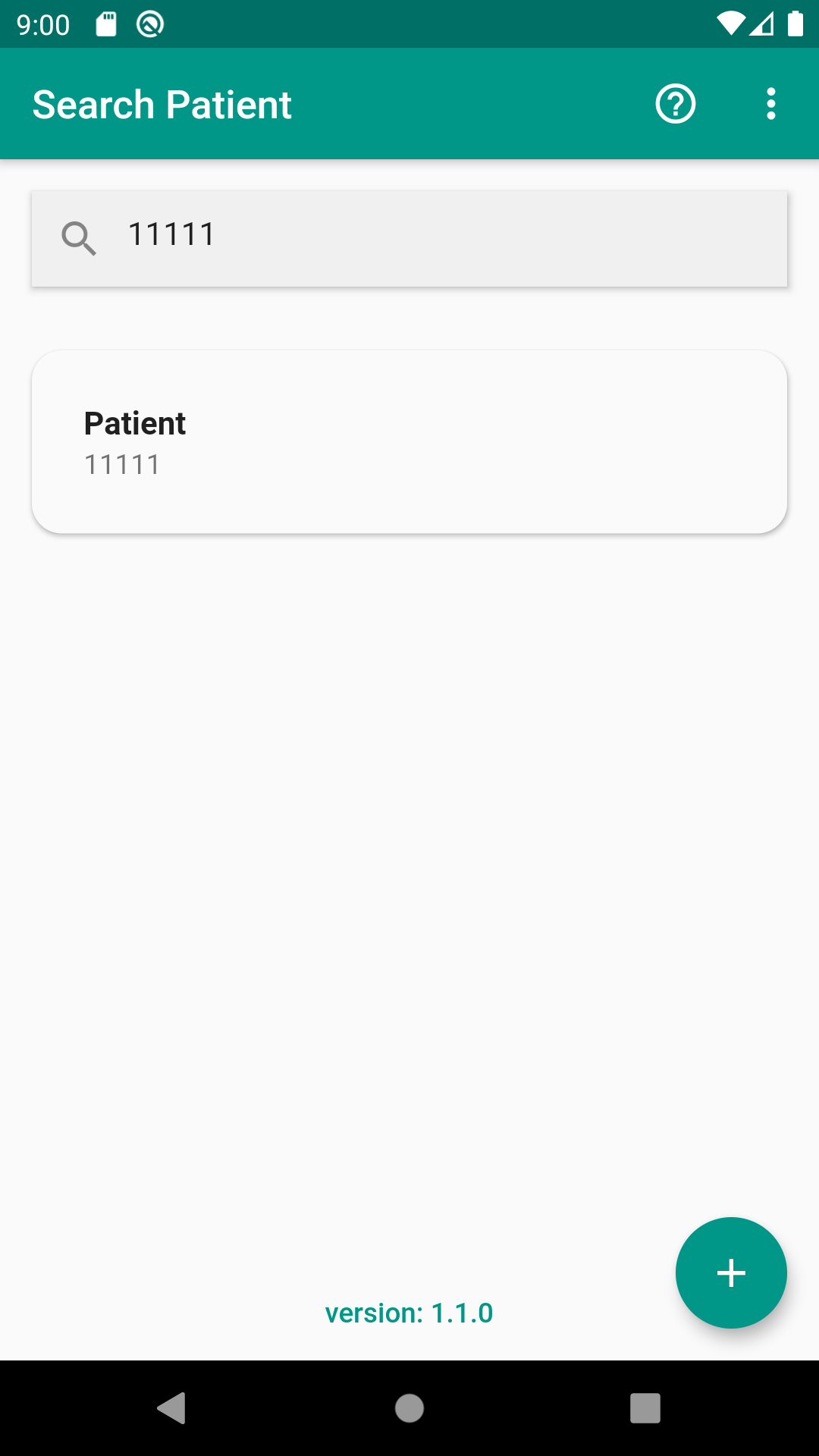 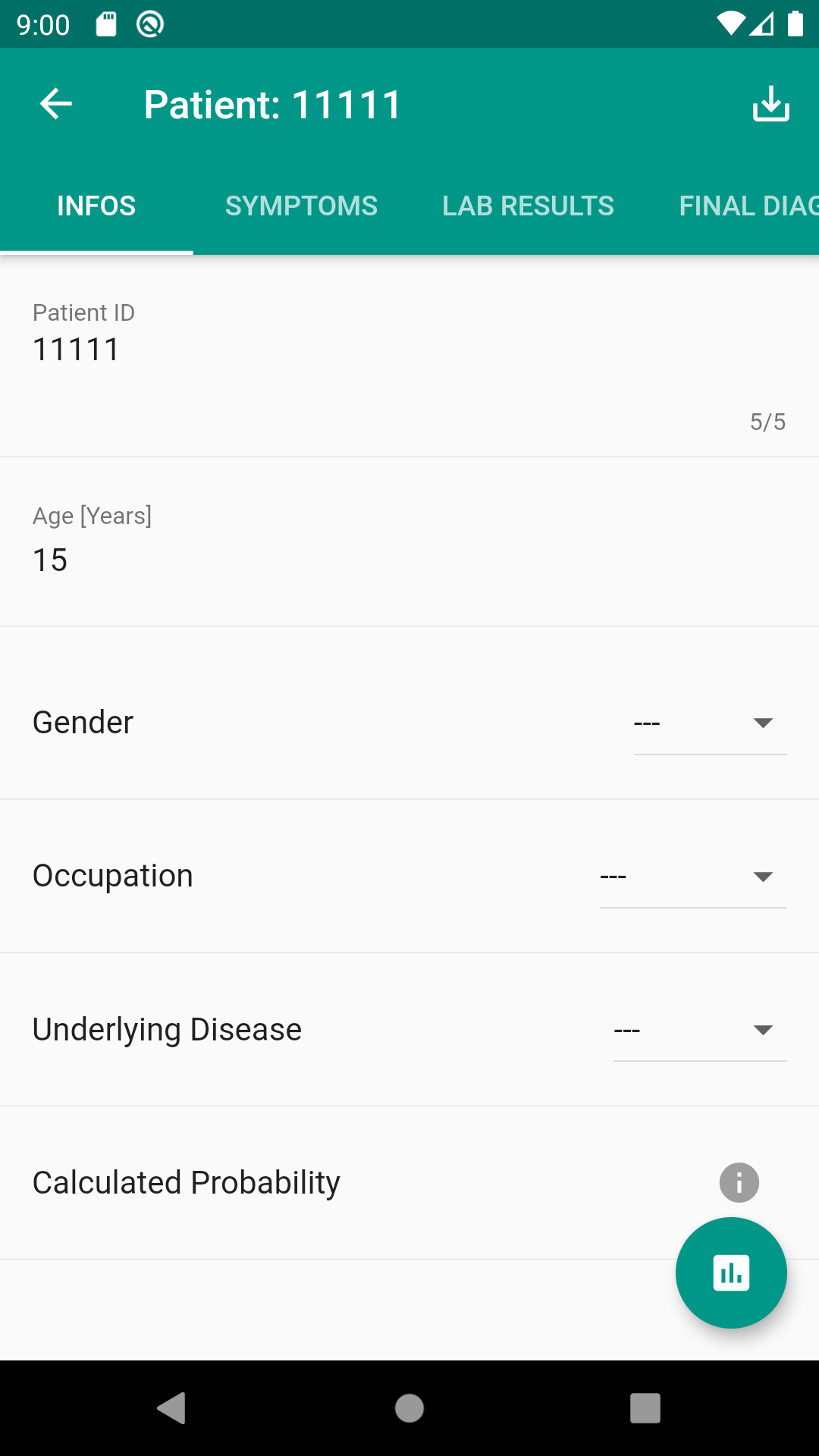 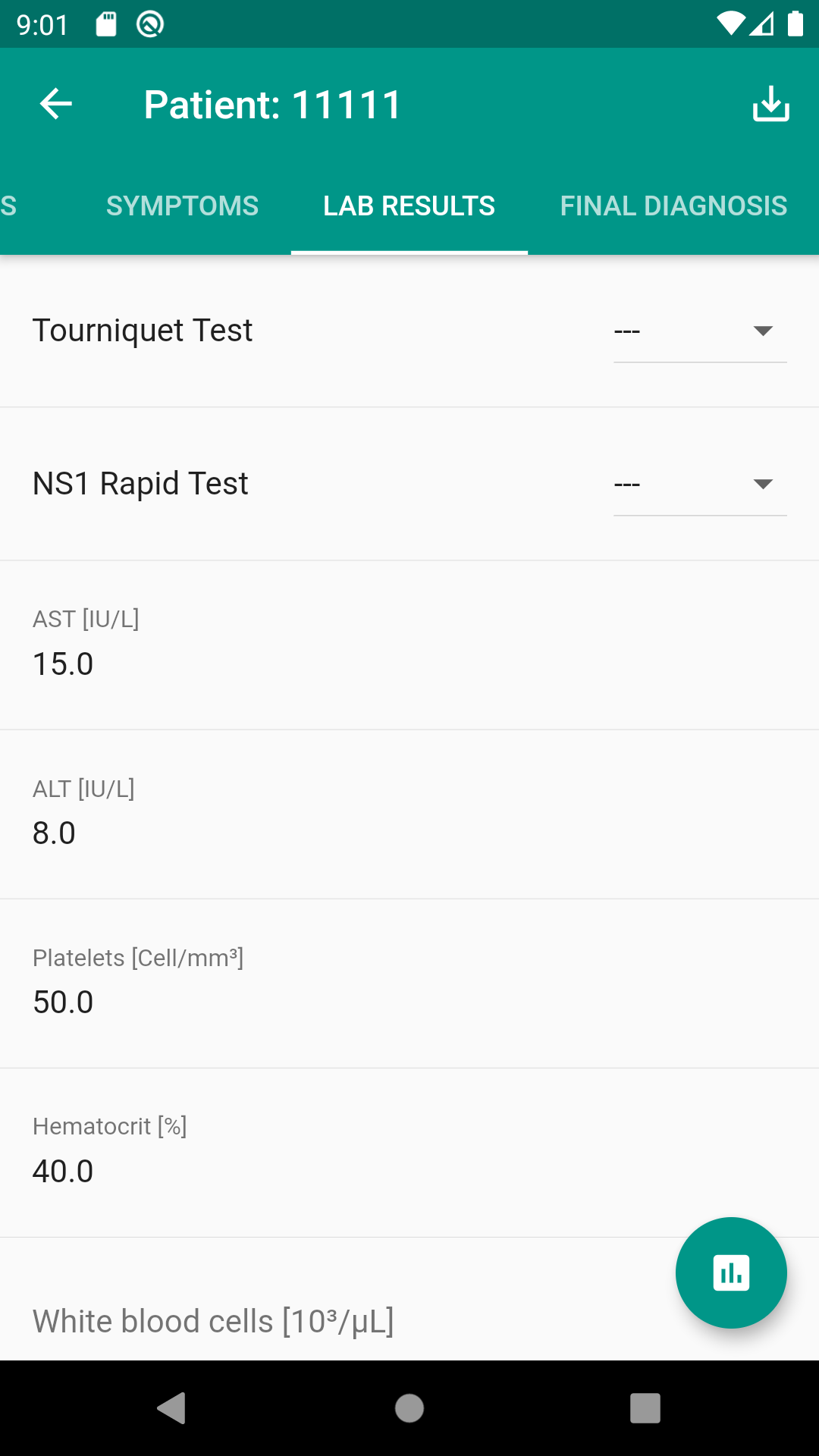 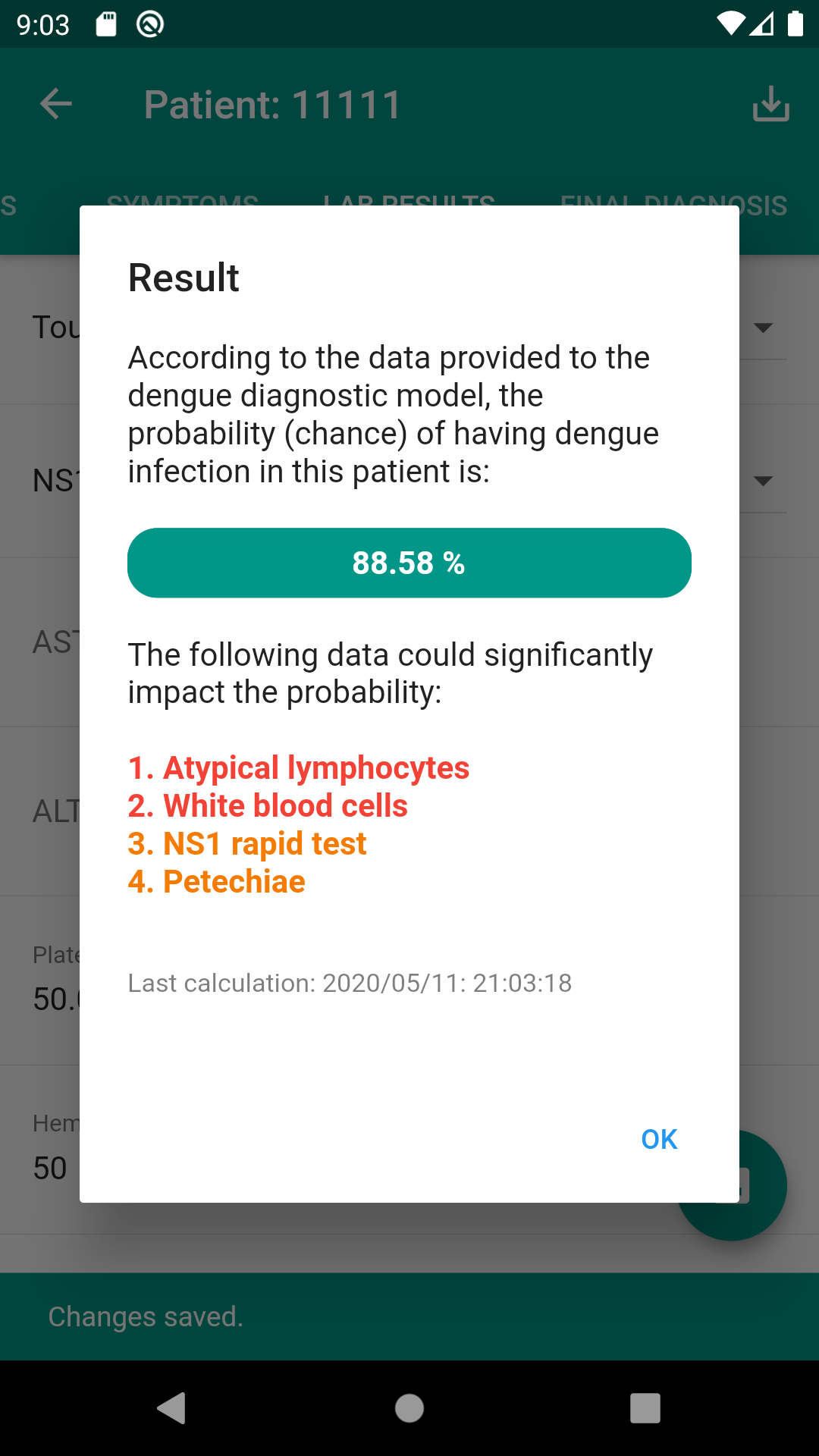 The Dengue Diagnosis Project aims to support the detection and diagnosis of the dengue fever via a mobile application to be used by medical personnel. The application implements a new diagnostics approach by the Mahidol University in Thailand using bayes net technology. Doctors in affected regions can use this application to input a patient's symptoms and receive a probability indicating the patient's likelihood of having dengue. The disease currently has no vaccine and is notoriously hard to diagnose, making the Dengue Diagnosis App an important support tool in the fight against dengue fever. A team of eleven students from the University of Bremen is currently working on the app, with future student groups maintaining the app after the current project phase reaches its end. Once the app has been successfully tested by doctors in clinical environments, the app will also be used by health workers, bringing diagnostics into more remote areas of Thailand. 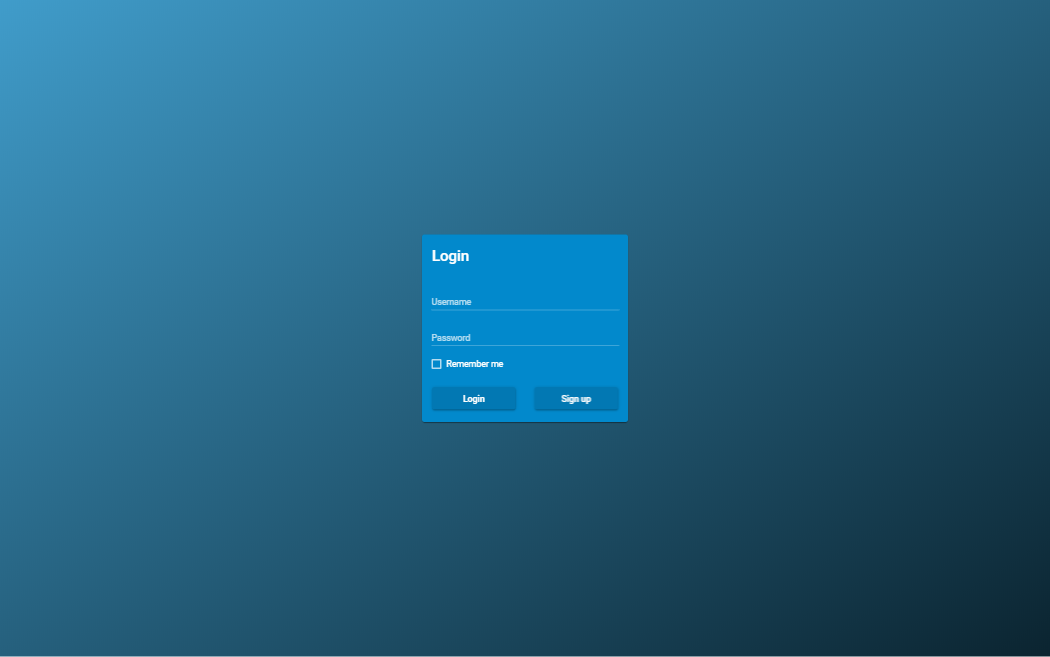 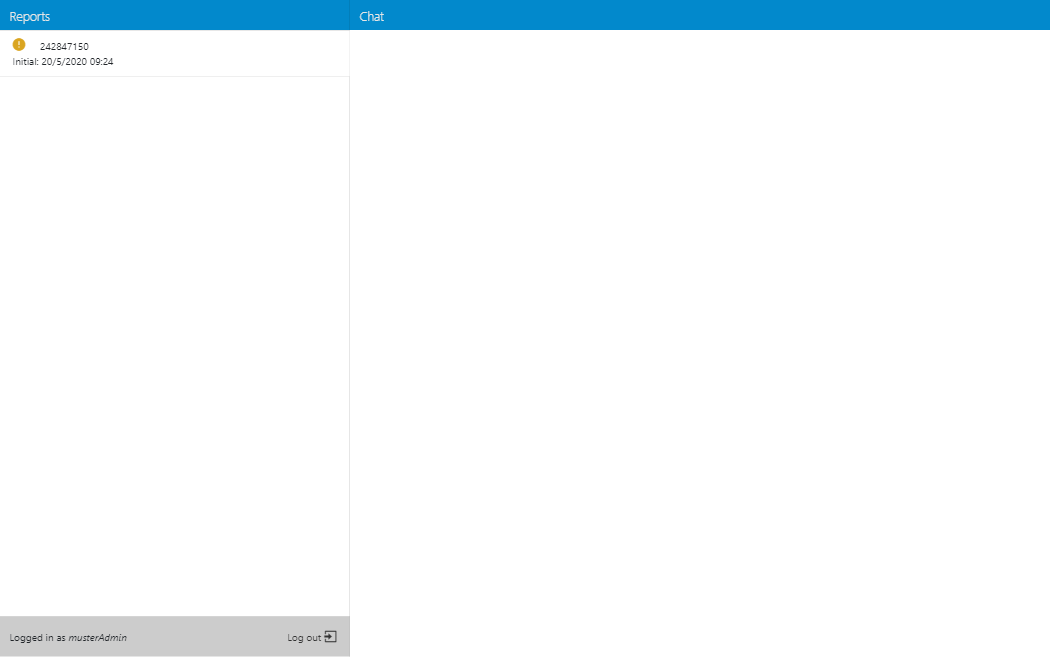 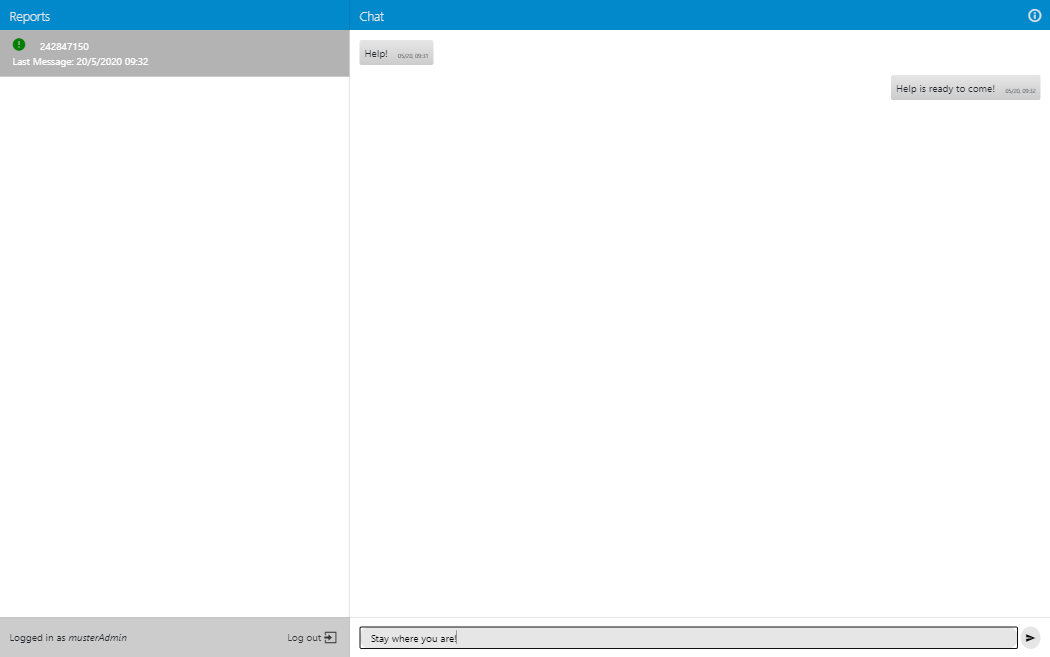 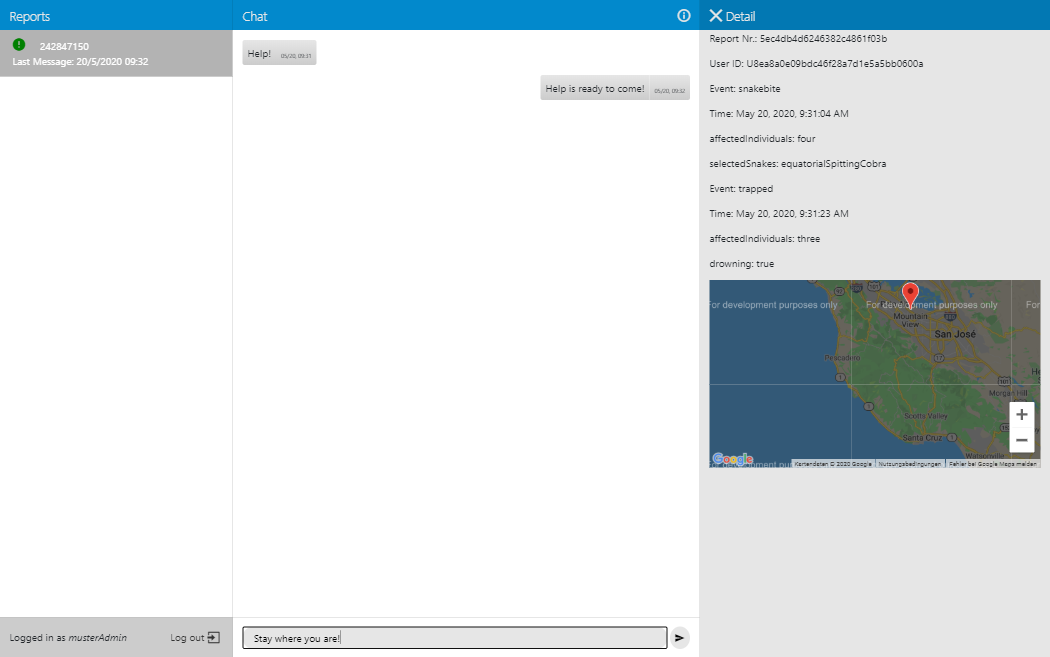 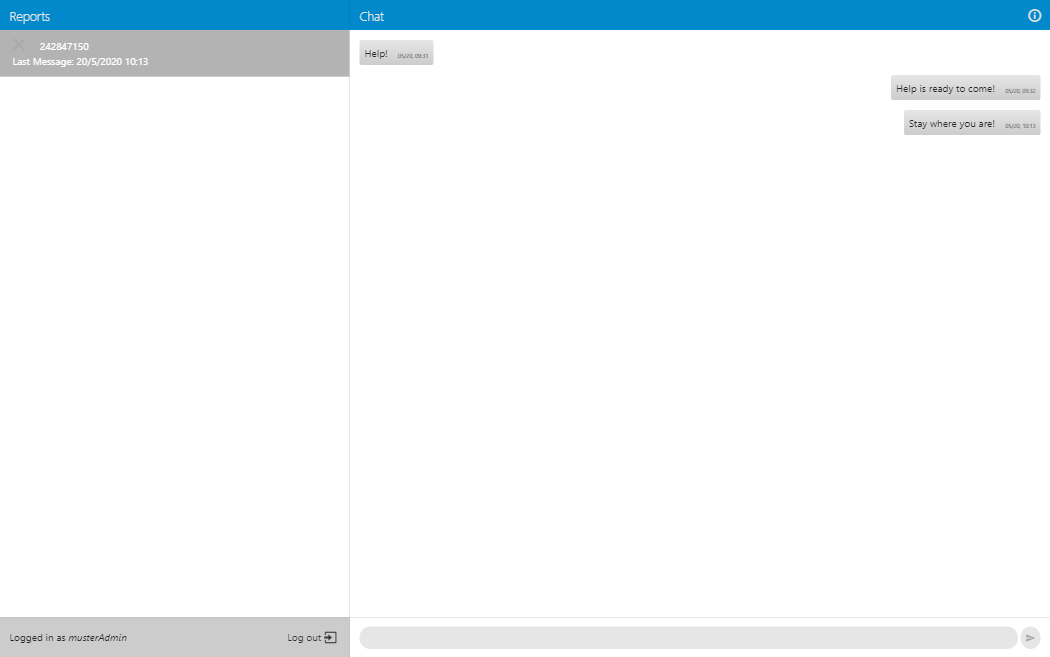 The Mobile4DTI project is a cooperation between the Mobile4D student project at University of Bremen and the Mahidol Universityof Thailand. The project aims to provide a solution for the communication between citizens and relief workers in disaster situations. Therefore, we are developing an application that allows people to send emergency reports about various situations from their phones to an emergency central. This includes emergencies like famine, snake bites, electrified water, the need for medical supplies or people being trapped. Allowing people to establish direct contact with officials in order to request help grants fast civil protection and supports sending help as soon as possible. The emergency central can swiftly react to incoming reports across the country, all while staying in touch with affected individuals via an instant messaging chat. When entering detail for a report, people can choose to include their coordinates retrieved by their phone and frequently update it, thus allowing relief workers to effortlessly find affected people on site.

One of the subprojects of Mobile4D, Mosquito Sounds, is working on identifying mosquitoes by species, sex, and possible infection status with diseases, such as Malaria or Dengue-Fever, on the basis of sound samples. In collaboration with the other subprojects, it aims at reducing the spreading of aforementioned diseases. Since humans, due to their mobility, have been identified as playing a key role in the spreading, locating and isolating areas with infected mosquitoes has the potential to greatly reduce further outbreaks. 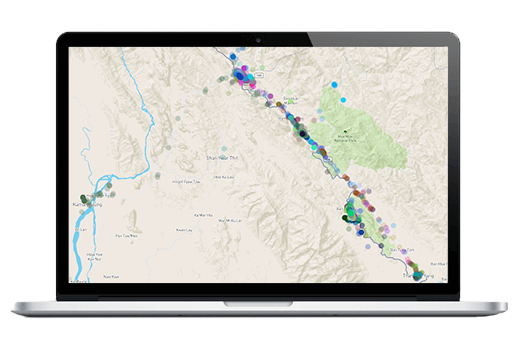 The Tracking4D-App, or also called Myanmar-Tracking4D-App is a coopertation between the students project Mobile4D at University of Bremen and the Mahidol University/National Institute of Allergy and Infectious Diseases (NIAID). Goal of the project is to provide a technical base for a study to understand the spread of Malaria at Thailands eastern regions located near the boarder shared with Myanmar. Volunteers will be tracked by our app to understand how people infect with Malaria disease differentiate in Thailand and Myanmar and also to understand, how it affects people in different regions of Thailand.

Send an e-mail or write a regular letter